Soaring Dallas Rents Having No Effect on Young Professionals 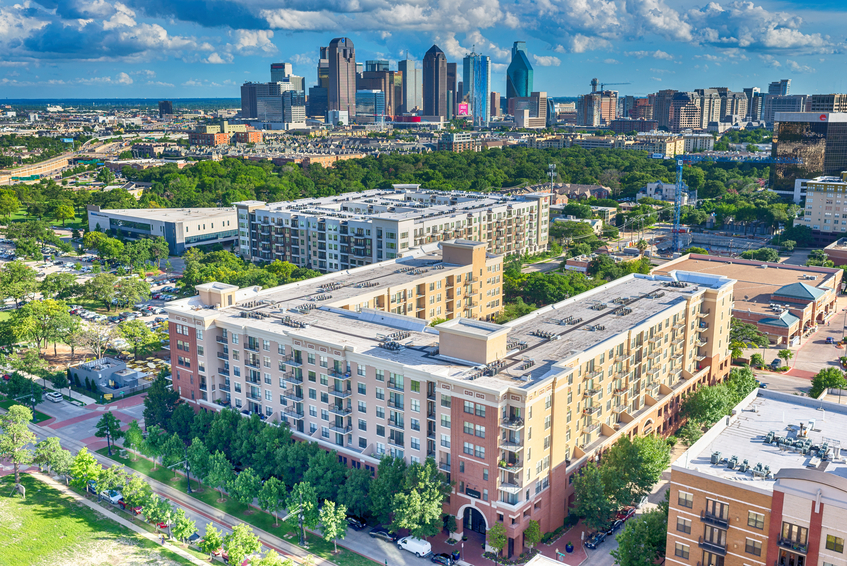 As is typically the case in many desirable and growing U.S. cities, people are drawn to a flourishing job market, which in recent years has been fueled by a number of corporate relocations. And, the city of Dallas is no exception.

In fact, the most notable relocation was Toyota Motor Corporation’s decision last year to move its California headquarters to North Dallas with an estimated 3,000 of the projected 4,000 jobs coming from Texas-bound California employees. The surge of new residents along with a shift from homeownership to apartment living has sent rents soaring for the past several years.

Developers are building apartments as fast as they can – simply to meet the demand. But, while the rising rents have some industry analysts worried about cresting “the affordability factor”, young professionals and affluent empty nesters seem to be unaffected by the prices. Paying more for a luxury rental lifestyle and an address in the heart of Dallas is the current preferred trend.

Conversely, the need for available housing is contributing to less affordable rents for those with lower incomes as thousands of residents flood into North Dallas from California, Chicago, New York and parts of the Northeast to fill new jobs.

Rents up over 40 percent

According to Dallas apartment market firm MPF Research, as of 2014, overall rents were up almost 40 percent from a decade ago. And, although a minor rental reprieve was predicted by Zillow for the Dallas-Fort Worth area in 2016 – with a more modest 2.13 percent increase over the course of the year – it’s still only June and things can always change, depending on how many more corporations announce plans to relocate their headquarters to the Lone Star State.

However, this is doing little to dissuade young professionals who are more than willing to spend $1,800 to $2,000 a month for a unit of less than 1,000 square feet – as long as it’s in a trendy part of Dallas. And, they can’t have that if they purchase a home in the suburbs.

The need for renters insurance

No matter what part of Dallas you choose to rent your apartment, you’ll need renters insurance to protect your belongings from fire, theft or other covered “perils”, including if someone is injured at a party you throw in your new digs and decides to sue you.